Men: strong, unfearful, brave, logical. As a man, these adjectives are what I think of when I think of society’s version of men. We are painted as figures that are gargantuans to fear and never stymied by anything. We persevere; we are strong and courageous all the time. But when it comes to dealing with our mental health that’s where the line is drawn. Stereotypes surrounding men and mental health have disallowed men to take care of their mental well-being and, in turn, we avoid normal, human emotions.

There is so much stigma surrounding mental health. It’s seen as being weak, emotional, a feminine trait, or that it’s “common” and you have to get over it. These words hit me hard because they make me feel like I have to ignore my feelings; as though emotions are unnatural to have.

In college, I would refuse to acknowledge my emotions because I thought that I could avoid them, or that if I worked hard enough, I could get over them. I pushed them away and told myself I was fine. But really, I was just good at faking a smile and a laugh.

I didn’t allow myself to get help because I wanted to feel that I had control. I felt that if I opened up then I would be giving that control away.

It’s scary to feel like we don’t have control of ourselves or how we are feeling. But it’s also scary to push the negative emotions away because they will always come back. For me, they typically returned in fits of anger or sadness.

Because of the negative stereotypes surrounding mental health, men don’t allow themselves to be vulnerable, and therefore the only emotions we allow ourselves to emote are anger and happiness. That’s a pretty limited way to experience life.

We refuse to allow ourselves to be vulnerable out of fear of feeling weak. We want to feel strong and “masculine.” We want to conquer and prevail at all times. But we shy away the second we have to face our emotions.

It’s ironic that a fear of feeling weak makes us scared to be human.

Because of the stereotypes associated with being a man, my gender has become purposefully ignorant about their own mental health.

I understand, completely, that it’s hard to say “I’m not OK.” The moment we say it out loud it becomes real. But, as someone who fought themself for years, I realized that the moment I allowed myself to give into my feelings rather than fight them, I felt that I could finally breathe.

If we stop forcing ourselves to swallow all of our emotions, and instead embrace our normal, human emotions, we can find much more peace.

It took me until I was 22 years old to find help. For the past three years I have been trying to open up to myself more, and these three years have felt better than the first 22.

For me, being strong and brave is talking about mental health rather than ignoring it. We can find strength in our tribulations by working through them rather than avoiding them.

Fear, sadness, anger, melancholy, anxiety, stress, depression, and nervousness are a few of the emotions that every single living being feels. Men are no different. We are not special enough to be able to avoid these emotions. There is no point in trying to. 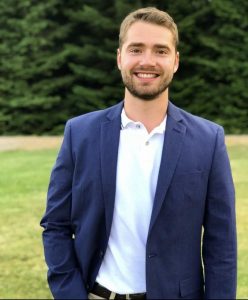