A little more than 4 years ago I had just given birth to my second son. He was born on Christmas 2016. Only 15 months younger than my firstborn.

Having children is such a blessing. I want to preface this by saying that. I am incredibly lucky that my husband & I get to share in this journey of parenthood and all the joys that motherhood brings.

But sometimes joy comes at a price. I have bipolar disorder type I. I was diagnosed in 2013 but was not recommended to take my bipolar medications during either pregnancy. Being predispositioned with a mental illness, the chances of me suffering from postpartum depression are significantly higher.

Low and behold, shortly after having my second baby, I started experiencing symptoms worse than the typical “baby blues.” Idealizations of suicide and self-harm started to creep into my brain. My constant state of depression would unleash itself in forms of extreme irritability and rage.

It all came to a head one evening over a baby bottle. I had my two boys on a tight knit schedule wherein I felt control was the only way possible I could manage my life and turbulent moods. My husband had told me that he had forgotten to give our baby a bottle and I just lost it.

I scratched my husband on the face and he threatened to take the kids away because my aggression was terrifying him. The thought of someone taking my kids triggered me into a manic state. I thought the best solution was to get the police involved.

The police came and immediately after seeing the marks on my husband, arrested me for domestic violence. This is the first time I’ve ever shared this publicly.

I had to spend the night in jail even though my husband did not press charges against me. I have never felt such a low in my entire life.

I was whisked away in cuffs in front of my middle son at the time, just a day shy of him turning 2 years old. I had to spend the day of his birthday in jail.

While it kills me to write that and it is something I’ll forever be ashamed about, I knew that it was then that I needed support. I checked into a local hospital outpatient center where I was then further connected with NAMI.

NAMI turned out to be exactly what I needed. A place for support and nonjudgement. A place where people can come together and not feel so different.

People from all different walks of life come to NAMI meetings. It reminded me that despite our upbringing we are all human. We are all in this together.

Mental health is not a topic that most people want to discuss. But it’s so important. NAMI reminded me that it’s okay to not be okay and if we need help, it’s okay to seek it. Life isn’t the easiest ride, but with outside support, it can definitely feel more meaningful. 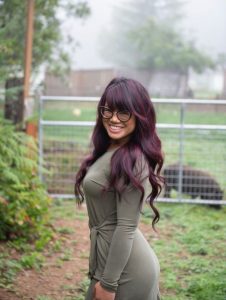 I’m Tiffany Romito & live in the beautiful east side area of Bothell, Washington on a small farm. I was diagnosed with bipolar disorder after an opiate addiction in 2013. With the support of NAMI & family, I have been clean ever since. Come check out my life at the funny farm on farmerish.org.