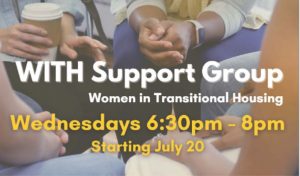 Asserting my independence started about 8 years ago right outside El Paso, Texas city limits. My three daughters and I were living with my ex-in-laws while the father of my children was sitting in county jail waiting to pull chain (go to prison). The four of us slept on couches pushed together in the living room and woke up to arguments fueled by the inconvenience of our living arrangement. The words of my mother who had died a couple of years earlier echoed through my mind. She had always tried to convince me to go to a shelter where I could eventually get housing, but I was determined to depend on those who loved me. I had no car, no job and was working with Child Protective Services to keep my children in my custody because I had just relapsed on drugs a few months earlier. I was in outpatient rehab and was doing my best to keep it all together. I was a whole mess but the added stress of being called, “la Negra,” by my ex-father-in-law during any interaction was what finally made me say, “Enough!”

A friend from church let my daughters and I stay at her house for a week before we moved to the Salvation Army emergency shelter in El Paso, almost 17 miles from where we lived. I became very acquainted with the two-and-a-half-hour bus ride to-and-from my children’s school and daycare. Eventually, my family and I moved to the YWCA Transitional Living Center in central El Paso where I was able to complete rehab, transfer my daughters to the nearby school, end my abusive relationship with my children’s father and gain employment at a sewing factory where we made military uniforms. After completing the company’s two-year program, I got my first apartment ever. Under all the pressure of sustaining myself, meeting deadlines, applying for different resources, I lost my job and then my apartment after only three months of leaving transitional housing. To top it all off, I found out I was pregnant. I was determined to start over, so I moved to Seattle where my brother and his wife agreed to help me get on my feet.

I moved into several different emergency shelters within the Seattle area until I finally had my twins. Two months later I moved to VisionHouse in Renton — a transitional housing facility — with my five children. I attended Renton Technical College and got my Office Assistant/Receptionist Certificate and began working as a front desk agent at a local hotel. I was still looking for permanent housing, but I was running out of time. During that time, I got involved in an ambiguous relationship that kept me distracted and confused. In an effort to stay focused and committed to my goals, I got accepted into Attain Housing, another transitional housing facility in Bellevue. But there, I became even more isolated, and lost a lot of the support that I had at the previous shelters. I lost my job at the hotel but found another job quickly as a receptionist at a local windows and doors company.

My case managers at Attain pointed me towards different supportive resources. I got myself into therapy and I finally bought myself a car. The covid pandemic hit at a particularly difficult time for me and things seemed to slow all the way down. I was let go from my job for not wearing a mask in the showroom where my office was. I found myself struggling more than ever. I was frustrated with therapy, arguments with my partner, and felt like giving up. That’s when I was lucky enough to start an internship through the YWCA in Redmond, Wash. with NAMI-Eastside in July of 2021.

By answering phones in the office, I learned a lot about the different programs and services NAMI offered. I enjoyed talking to the callers and connecting them to our groups and resources, even though I had never utilized any of their services.

My name finally came up on the waiting list for King County Housing Authority and I was notified that I would be moving to Kent, Wash. in a month. After being in the homeless circuit for so many years, this should have been exciting. It was something that I had been working towards for years but, maybe because it was so sudden, it was somehow tougher on my family than all the other moves. Much of what we were used to was no longer easily accessible — all of the friends we had met along the way, the kids’ schools and teachers, the case managers that kept me on track, my job in Redmond. The move happened quickly, but I was allowed to work from home and was even offered a permanent position with NAMI as their Volunteer Coordinator. Since gaining that position, I’ve loved having the opportunity to foster connections for so many people who want to be involved in our programming in one way or another.

After moving to Kent, everything in my life started to overwhelm me. I couldn’t concentrate and felt very depressed. I spoke with my most trusted friend and she shared her mental health journey with me. We came up with a plan to get me help and she supported me by making sure I stuck with the plan. I received a diagnosis of an adjustment disorder with depressive mood and anxiety. I got back into therapy and this time around I began to trust the psychiatrist, who found a medication that has helped me. I turned to NAMI’s support groups and learned about different mental health conditions from people with lived experiences. Eventually I became comfortable talking with others about my own mental health condition.

I realized that my story is unique but not unfamiliar to so many other single mothers who have experienced homelessness. That’s when I got the idea to attend a State Training for my own Connections Support Group for Women in Transitional Housing (WITH).

Looking back on my most traumatic experiences within the transitional housing program, I could have really benefited from having a group of supportive women to talk to about the common issues of homelessness. Now, NAMI-Eastside has a support group for people like me, who have suffered the trauma of homelessness and for those who are just getting started on their own journeys.

Our group meets virtually on Zoom every Wednesday from 6:30pm to 8pm. If you or someone you know is interested in attending this group, you can click here to register or email me directly at lena@nami-eastside.org more information. There are several different support groups for peers and families and there are different educational classes provided, as well. For information on programs offered by NAMI Eastside, please email programs@nami-eastside.org

I have learned so much throughout the past eight years. I have proclaimed my independence and am in an ongoing quest to rise above my background. I am very happy to be a part of the NAMI-Eastside staff where I can make a difference within our community. As the Volunteer Coordinator, I am also looking for more people who are looking to create a safe space for all unique and diverse cultures. Please feel free to reach out to me to begin sharing your lived experience with others, too.

Lena is a Texas-native who is passionate about helping the community. She has personal experience with and a deep understanding of people struggling with mental health and substance use disorders, abusive relationships, single parenting and homelessness.

She has been working with nonprofits for over a year now and is grateful for this opportunity to serve NAMI-Eastside as the Volunteer Coordinator. As part of her recovery, she became the founding facilitator for the WITH (Women In Transitional Housing) Connections Support Group. She enjoys talking with people, exploring the Pacific Northwest and overall self-improvement.